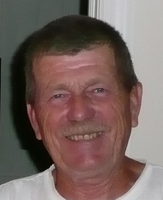 LUFF, WALTER T. JR, 74 – of Collings Lakes passed away on Monday, November 9, 2020 at his home. Born in Philadelphia on May 15, 1946, Walter moved to Brigantine in 1956 and was a lifelong resident of the area. He was employed by the local Carpenters Union and for the past 25 years with DeFeo Builders in Vineland. Walter was an incredible craftsman and loved his trade. He was an avid Philadelphia sports fan, especially the Phillies. He is predeceased by his mother, Marion; father, Walter T. Sr., brothers, Richard Luff, Arthur Luff, Earl Luff and sister, Patricia Hermley. He is survived by his beloved wife, Patricia of Collings Lakes; daughter, Cleo Luff; grandchildren, Jayden and Joella Price of Little Egg Harbor; brothers, Donald Luff of Las Vegas and Joseph Luff of Collings Lakes. Step-children; Patty Ann, Linda, Ben, Roberta and Michelle as well as many nieces, nephews, cousins, extended family and friends. Services will be held at a later date and will be posted. Arrangements are by DeMarco-Luisi Funeral Home, 2755 S. Lincoln Ave., Vineland.