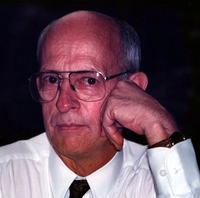 Albert "Bert" J. Aretz, 86, of Landisville passed away at home on Monday, February 15, 2021 after an extended illness. He was born on March 23, 1934 in Tarentum, Pa. and had been a resident of Landisville for over 55 years. Bert proudly served as a Sergeant in the Marine Corps from 1952 to 1955. He was awarded the National Defense Service Medal, Korean Service Medal and the UN Service Medal. He worked at Kimble (Owens-Illinois) Glass for 40 years as a tool-worker. After retirement he was employed by DeMarco-Luisi Funeral Home, Vineland. He was an inductee of the Buena Athletic Hall of Fame in 2016 for his contribution to athletics, a member of the Buena Braves Athletic Association, served as president for the Buena Recreation Committee, and was the APWSJ President for two years as well. However, his favorite title was Pop-Pop and he enjoyed attending as many of his grandchildren's sporting events as he could. He loved his flower garden, collection of WWII model airplanes, and was also an avid reader. He had a passion for taking pictures and was known as the team photographer for many of Buena's sports teams over the years. He also enjoyed watching his grandchildren riding on the 1938 Chevy truck he restored. Bert is preceded in death by his parents, Albert "Al" and Rose Aretz; his brother, Michael and his son, Shawn. He is survived by his wife of 58 years, Joann (Kane) Aretz; son, Darren and his girlfriend, Amy DeWerth and his daughters, Abby of Philadelphia and Kate of Minotola; son, Brett, his wife Chris and children ,Hannah, Brynn, Cael, and Shea Rose of Milmay; daughter, Stephanie, her husband John Winkler and children, Meghan and Benjamin of Minotola; brothers, Robert Aretz (Nancy) of Vineland, Ronald Aretz (Nancy) of Sarasota Fla, Bernard (Kathy) Aretz of Mt. Laurel; sisters, Irene Kimble of Vineland, Kathleen Buono of Spring Hill, Fla and Arlene (Edward) Felicioni; and many nieces and nephews. Our family would like to thank Holy Redeemer Hospice, especially Theresa and fellow Marine Earnest for their kindness and support. Family and friends will be received on Friday evening, February 19, 2021 from 6pm to 8pm and again on Saturday morning, February 20, 2021 from 9am to 10am, followed by funeral services at 10am at DeMarco-Luisi Funeral Home 2755 S. Lincoln Ave., Vineland. Burial will be private at Our Lady of Victories Cemetery, Landisville. In lieu of flowers, please make donations to the Buena Athletic Hall of Fame Scholarship at PO Box 2, Landisville, NJ 08326 please note "In memory of Albert Aretz" or Holy Redeemer Hospice 6550 Delilah Rd. Suite 501 Egg Harbor Twp., NJ 08234 please note "In memory of Albert Aretz."