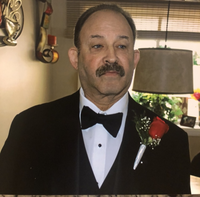 Sheldon Paul Bindler, a retired New York City Police Officer, passed away on Thursday, November 18, 2021 in Vineland, NJ surrounded by his loving daughters after battling long term health issues. He was 73. Born April 29, 1948 in New York, NY to Aaron Bindler and Irene Lurie. He was the oldest of two children and is survived by his sister Renee Bindler of DelRay Beach, FL. He worked as a New York City police officer in both Midtown North and Midtown South for over 20 years before retiring in 1987. He was joined in matrimony to Deborah Kwoczka on November 15, 1970 at Leonard's in Long Island, New York. They were happily married for over 20 years. New York remained the home where they were blessed with the birth of their three beautiful children. One of his greatest joys was going out to dinner with his family. He was an avid gun collector and enjoyed visiting the gun range frequently. He loved his "doxie" Shania. He also had a huge love for the music of Shania Twain and all her memorabilia. Sheldon was preceded in death by his son, Brian S. Bindler. He is survived by his daughter's Tracey Colon and husband Samuel Colon of Vineland, NJ, Tara Morera and husband Roberto Morera of Miami, FL. His granddaughters Samantha Bindler and Rebecca DeJesus (Steven DeJesus). His grandsons David Pellerano, Nathan Santiago, Roberto Morera Jr., Michael Colon, Samuel J. Colon. Great grandchildren Alina DeJesus and Alexander DeJesus. His special niece Robin Kwoczka (Shawn Vincent). We would like to sincerely thank Sheldon's caregivers Kevin and Winnie from Holy Redeemer for their devotion, love and care they provided. Relatives and friends will be received on Monday, November 22, 2021 from 6:00pm to 7:30pm, with a funeral service at 7:30pm at the DeMarco-Luisi Funeral Home, 2755 S. Lincoln Avenue, Vineland, NJ. Family graveside services will be held at 1:30 pm on Tuesday, November 23, 2021 at New Montefiore Cemetery, 1180 Wellwood Avenue, Babylon, NY. In lieu of flowers donation can be made in his memory to South Jersey Regional Animal Shelter, 1244 N. Delsea Dr. Vineland, NJ 08360.