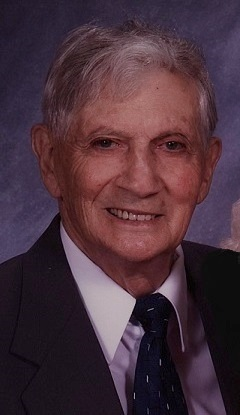 Tony was born in Vineland, NJ to Vincent James Massari and Lena (Granato) Massari-Stringari on December 13, 1924. He attended Vineland High School through the 10th grade. From 1940 to 1943 he worked at the American Package Company's Vineland factory. In 1943 he was drafted into the U.S. Army where he served as a Private First Class in the 1st Division, 18th Infantry, Company B. He fought during World War II in France, Belgium, and Germany, and was wounded at Crucifix Hill in Aachen, Germany on October 19, 1944, for which he received a Purple Heart. Following the war, Tony resumed working at the American Package Company for a few years. He then spent over a decade working at Kimble Glass in the Packaging Department and the South Vineland Plant. In 1964 he began a 40-year career with the U.S. Postal Service at the Millville Post Office, working first as a carrier, then as a clerk, and finally as a bulk mail technician before he retired at the age of 80.

During his free time, Tony enjoyed listening to country music, watching westerns, working in the yard, visiting with his grandchildren, and taking his dog for walks in the woods near his home. He was a member of St. Paul's Lutheran Church in Millville, NJ where he served at one time on the property committee and as head usher.

Tony is survived by his wife of 65 years, Elizabeth "Betty" (Klawitter) Massari; a son, John Massari and his wife Sandra; three grandchildren, Aaron Massari (24), Noah Massari (19) and Owen Massari (11); brothers and sisters-in-law, William and Rose Massari, Frank and Mary Massari; one sister, Mary Suchanoff; and many nieces and nephews.

Tony is preceded in death by his brother and sister-in-law, Rosario and Jennie Massari.

Family and friends will be received on Monday from 9am to 11am with an 11am funeral service at DeMarco-Luisi Funeral Home 2755 S. Lincoln Ave., Vineland. Tony will be laid to rest at Cumberland Co. Veterans Cemetery, Bridgeton. Memorial donations may be made to the NJ Veterans Memorial Home, Activity Fund, 524 NW Blvd. Vineland, NJ 08360. Memories, thoughts and prayers may be extended to the family by visiting dlfuneral.com.

Share Your Memory of
Anthony
Upload Your Memory View All Memories
Be the first to upload a memory!
Share A Memory
Plant a Tree