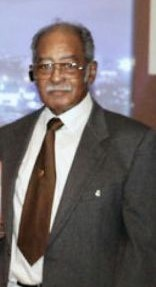 With a heavy heart the children and wife of Segundo Rosario-Gomez age 81 (few days shy of his 82nd) announce his passing on July 31, 2021.

Segundo was born in Humacao, Puerto Rico. He traveled to the United States looking for the love of his life, Agustina Colon whom he married on December 29,1967. They have been married for 53 years. Segundo was proud to have worked for Sheildalloy in Newfield for 39 years. He also enjoyed helping the community as a part time construction worker which included roofing and plumbing to many lasting homes in Vineland and surrounding areas.

In his free time, he was well known and enjoyed playing pool, dominoes, softball, and bowling. He was a lifelong Philadelphia Sports fanatic, supporting his Eagles and Phillies teams. Segundo was also very well known for his devotion in helping elders, friends and family. With a loving heart, he would not shy from helping a complete stranger who needed a helping hand. He would lend a helping hand in picking up medicine, groceries, transportation, and whatever he could to help those in need. If he could not help, he would find someone that could. He loved his church home the Catholic Church on Eighth street in Vineland where he would help with any repairs. Segundo was truly a good man, loved people, and was well known in his community, and will always be known as such. A giant to many.

He was predeceased by his father, Victor Rosario and his mother, Gloria Gomez and sister, Betsy Rosario.

He was a devoted father, son, uncle, husband, grandfather, friend and best of all a shining light to all who knew him. The children, grandchildren and the wife of Segundo Rosario-Gomez would like to thank all of the friends and family for all your support and love.

A Funeral Liturgy will be celebrated on Thursday, August 5th, at 11am at Divine Mercy Parish, 23 W. Chestnut Ave., Vineland. Family and friends will be received on Thursday morning at the church from 10:00am to 10:45am. Burial will follow in Sacred Heart Cemetery, Vineland. Arrangements are by DeMarco-Luisi Funeral Home 2755 S. Lincoln Ave., Vineland. Memories, thoughts and prayers may be extended to the family by visiting dlfuneral.com.

Share Your Memory of
Segundo
Upload Your Memory View All Memories
Be the first to upload a memory!
Share A Memory
Plant a Tree