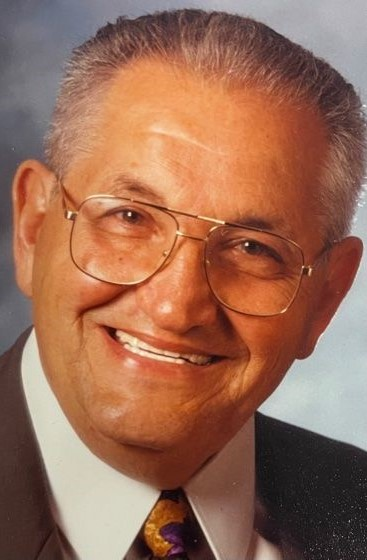 It is with great sadness that we announce the passing of Dr. John J Pastore, M.D., 94, of Vineland and Sea Isle City, NJ, who passed on Sunday, October 3, 2021 in Vineland, NJ.

Dr. John was delivered at home in the Hell's Kitchen neighborhood in Manhattan, New York, to John Pastore and Maria Chiariello on June 20 th, 1927. At the age of 3, his grandfather became ill and the family moved back to Italy. While in Italy, Dr. John's great uncle was a general practitioner and he remembered well carrying around his bag while making house calls with him. It was during this time that his love for medicine and particularly family medicine was instilled. After five years the family moved back to the Sheepshead Bay neighborhood in Brooklyn, New York where he attended primary school and perfected his English. The family then moved to Manhattan, NY where he attended and graduated from Stuyvesant High School.

After high school he enrolled in the Army and entered service in 1945. The war came to an end shortly after and Dr. John was lucky enough to be one of the few GI's allowed to attend Hunter College in New York City, an all-girls school which had opened its doors to veterans. After graduating in 1950, he left for France to enter medical school at the Faculty of Medicine of Paris.

It was during his time in France that he met his future bride Mrs. Elisabeth "Babeth" Delteil. They married immediately following his graduation from medical school. They spent the following year in France where they gave birth to their first child, John Pastore, in Bordeaux, France on December 8 th, 1956.

Dr. John adored his two grandchildren Mark and Marisa. His grandson Mark followed in his medical foot steps and became an orthopedic surgeon. His granddaughter Marisa couldn't stay away from the medical field either and became a registered dietitian. Dr. John was blessed with many grand and great grand dogs which he loved to spoil with unconditional love and nonstop treats. Dr. John also loved fishing and you could often find him out fishing on his boat with his family, a Molson, and a cigar. However, Dr. John was always at his happiest when he would have his family, friends, and neighbors gather around the table for a good dinner and a glass of wine.

He will be sadly missed by his sons, John and wife Francy of Collingswood, Mark and wife Maxine of Sea Isle City; his grandson Mark and wife Simone Pastore of Philadelphia and granddaughter, Marisa and husband Jarret Marks of Haddon Township and many other family members, friends, neighbors, coworkers, and patients that he held dear to his heart.

He is preceded in death by his daughter and his angel Alexandra "Sandy" Pastore. As well as his wife and his everything Elisabeth Delteil Pastore.

Family and friends will be received on Thursday evening, October 7, 2021 from 6:00pm to 8:00pm at the DeMarco - Luisi Funeral Home, 2755 S. Lincoln Ave. Vineland and again on Friday afternoon, October 8, 2021, from 11:00am to 12:45pm, followed by a Funeral Liturgy at 1:00pm at Christ the Good Shepherd Parish, Sacred Heart Church, 1010 East Landis Ave., Vineland. Dr. John will be laid to rest at Sacred Heart Cemetery, Vineland. In remembrance of Dr. John's life, the family asks that any charitable donations be made to American Heart Association and the VFW in his honor.

The family requests that everyone please wear a mask in church, regardless of vaccination status.