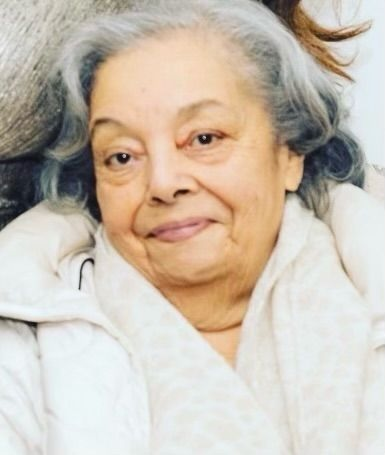 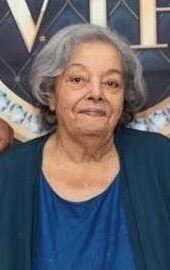 Please share a memory of Eneida to include in a keepsake book for family and friends.
View Tribute Book
Eneida Pagan Santiago went home to be with the Lord on Wednesday, December 15, 2021. Born in Junco, PR to her parents, Alejandro Pagan and Martina Torres on October 5, 1946. She was raised by her beloved aunt, Mercedes Torres. Eneida later moved with her family to Newfield, NJ where she met her only husband, Pablo Santiago. Eneida was a long-time resident of Newtonville, where she and her husband raised their 5 children. Her most recent years were spent in Vineland, NJ. Eneida has always been known as a hardworking, loving, supportive mother and grandmother. She was a great listener and never hesitated to lend a hand to anyone in anyway, whether it was financially, by feeding them, or simply being present. She was a woman of many trades such as cooking, being a sports mom, chauffeur to all of the neighborhood kids, and coach. She was the master of many recipes and will always be known for having a magical flavorful touch!! She had many jobs including her first job at the Head Start in Newtonville, later went to work at the Vineland Developmental Center. Eneida parted from VDC for a short while when she went to work at the casino, but it wasn't too long before she returned to her true passion of caring for others and returned to the Vineland Developmental Center where she stayed until retirement. Eneida enjoyed worshipping at church, playing candy crush, Food Network, game shows, family events, music, dancing, and cheering for her team the Dallas Cowboys. She never missed any event she was invited and made sure to contribute and show up for anyone who requested her presence! Our beloved and most honored Eneida wore many hats proudly, Mother, Grandmother, Aunt, Sister, and Friend just to name a few. She was the true definition of virtuous. She took pride in giving with her whole heart and a smile on her face. There aren't enough words to describe how truly amazing she was to everyone that crossed her path. Her laugh, her hugs, her cooking, her touch, her presence, her scent will be deeply missed. Eneida was predeceased by her parents; her 3 brothers, Felix Arzuaga, Victor Arzuaga, and Heriberto Pagan. She is survived by husband, Pablo Santiago; children, Pablo, Luz, Jose, David, and Carmen Delia Santiago; grandchildren, Vanessa, Cristina, Devin, Cristianna, Cristopher, Gabrielle, Devin, PJ, Davey, and great granddaughter, Maraya; sisters, Carmen Pagan and Miriam Lopez; brothers, Orlando and Edwin Pagan. As well as a host of nieces, nephews, cousins, and friends. Family and friends will be received on Sunday, December 19th from 4pm to 6pm and again on Monday, December 20th from 10am to 11am, followed by a Celebration of Life at 11am at All The Nations Church, 660 Landis Avenue, Bridgeton, NJ 08302. Burial will follow at Siloam Cemetery, Vineland. Arrangements are by DeMarco-Luisi Funeral Home 2755 S. Lincoln Ave., Vineland.
Sunday
19
December