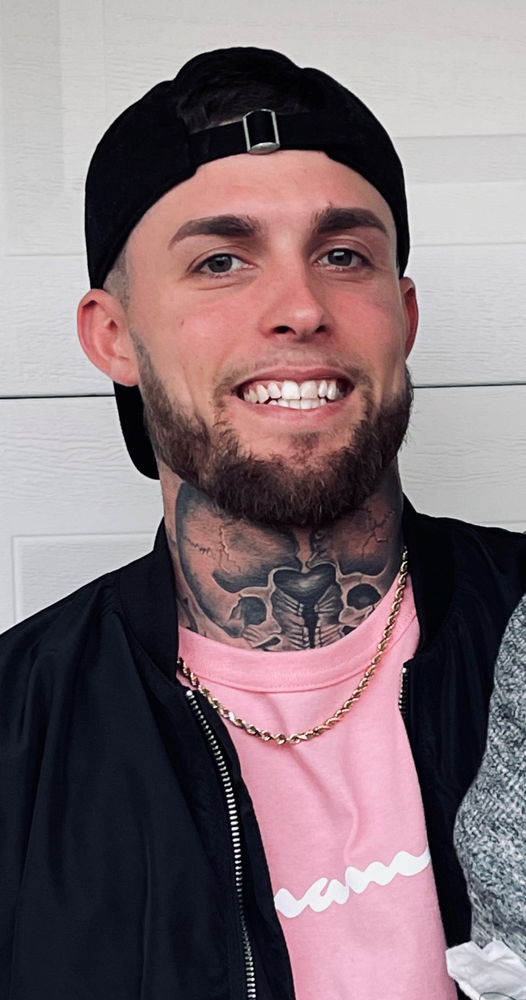 Obituary of Michael A Farside, Jr.

Please share a memory of Michael to include in a keepsake book for family and friends.
View Tribute Book
Michael Anthony Farside Jr. "Mikey", 30 of Bridgeton, NJ passed away unexpectedly on January 7th, 2022. Michael was born on September 4th, 1991 in Bridgeton, NJ. He was the oldest of two children to Michael and Sherry Farside (Holman) of Vineland, NJ. Michael worked for Asplundh Tree Company where he actively acted as a crew leader. Michael enjoyed fishing with his father and friends, watching football on Sunday evenings while gathering with family for dinner, playing x-box, and getting tattoos. Michael also enjoyed spending time with his son; from taking him to the Aquarium, teaching him to ride motorcycles, wrestling, gardening, feeding the chickens, and playing in the snow. Michael is predeceased by three grandmothers, Jesse Holman, Lorena (Kay) Farside, and Antoinette Bodine. Michael is also predeceased by his uncle, Alvin Delp. Michael is survived by his parents, Michael and Sherry Farside (Holman); little sister, Jessica Lynn Farside; his two-year old son, Anthony Michael Farside; grandfather, Anthony Farside, and several aunts, uncles, and cousins. Relatives and friends will be received on Friday, January 14th, 2022 from 7pm to 9pm at DeMarco-Luisi Funeral Home, 2755 S. Lincoln Ave in Vineland NJ. Burial will be private. In lieu of flowers, the family requests a donation to be made to the Go Fund Me page to help raise the 2 year-old son Michael left behind.
Friday
14
January

Share Your Memory of
Michael
Upload Your Memory View All Memories
Be the first to upload a memory!
Share A Memory
Plant a Tree