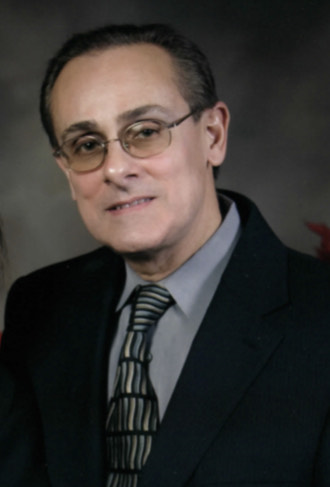 Please share a memory of David to include in a keepsake book for family and friends.
View Tribute Book

David Dandrea, 71 of Vineland, passed away on Tuesday, January 25, 2022, after a brief and courageous battle with cancer.

David started his career as an apprentice plumber with Tirell Plumbing while concurrently attending Temple University to expand his knowledge of the plumbing and HVAC fields. He was employed by Falasca Mechanical, Inc. for 35 years, where he worked as a project manager. His knowledge of the plumbing and HVAC trades spanned decades. David was a perfectionist and took pride in whatever challenges he undertook.

David enjoyed summers at the shore with his family and friends; dining out; and working on his '57 Thunderbird. He was an adrenaline enthusiast, never turning down a rollercoaster ride with his son, and he had even been sky diving. David was also experienced in martial arts. His interests and hobbies were eclectic.

A kind, generous, family-oriented man, he will be greatly missed. David is survived by his wife, Lillian (nee Eilenberg); his son, Bryan; his stepson, Paul Crescenzo (Bernie); his brother, Daniel (Irene); his sister-in-law, Jacki Eilenberg; his brother-in-law, David Eilenberg (Laura); and his three grandchildren. He was predeceased by his parents, Daniel and Mary (Peroni) Dandrea; and his favorite dog, Freebie.

A funeral liturgy will be held on Wednesday, February 2, 2022 at 11:00am at Christ the Good Shepherd Parish/St. Isidore's Church, 1655 Magnolia Road, Vineland. Burial will be held privately. Masks are strongly suggested at the church. In lieu of flowers, donations may be made in David's memory to the South Jersey Regional Animal Shelter, 1244 N. Delsea Dr., Vineland, NJ 08360, Christ the Good Shepherd Parish, 1655 Magnolia Road Vineland, NJ 08361 or to a charity of the donor's choice.