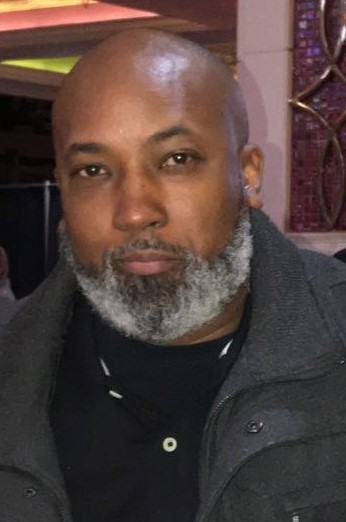 Please share a memory of Jamal to include in a keepsake book for family and friends.
View Tribute Book
Jamal Tillman, 45 of Minotola, most affectionately known as "Jammer", was born in Vineland on April 23, 1976 to Rudolph and Eunice Tillman. He passed away on January 25, 2022. He was the youngest of five children. He graduated from Vineland High School where he ran on the track team and played football. He was an avid fan of hip hop music and loved learning anything new. He was the father of three sons, whom he adored, and caretaker of his mother. He put his family first in all things, and always made sure they were taken care of. Jamal was a truck driver for many years and planned on starting his own trucking company. He was a phenomenal pool player and traveled to Vegas on multiple occasions for pool tournaments. He loved Jamaican culture and his beloved dog, Ajax. Jamal was predeceased by his sisters, Sabrina and Nicole; his father, Rudolph Tillman, Sr.; and his beloved dog, Ajax, who he called his fourth son. He leaves behind his mother, Eunice of Vineland; his three sons, Jamal Tillman, Jr. of Vineland, Kaeshan Deal of Charleston, SC, and Job Tillman of Philadelphia; one brother, Rudolph Tillman, Jr. of Vineland; and one sister, Tanisha Tatum of Charleston, SC; three nieces, Arielle Hermanson of Los Angeles, CA, Kateisha Watts, and Brianna Tatum of Charleston, SC; two nephews, Cortez Tatum of South Carolina, and Yamir Watts of Los Angeles, CA; and a host of aunts, uncles, and cousins. A funeral service will be held on Saturday, February 12, 2022 at 11:00am at DeMarco-Luisi Funeral Home, 2755 S. Lincoln Ave., Vineland. As per the family's request, no viewing will be held. Interment will be held privately. Masks are required, regardless of vaccination status.
Saturday
12
February

Share Your Memory of
Jamal
Upload Your Memory View All Memories
Be the first to upload a memory!
Share A Memory
Plant a Tree