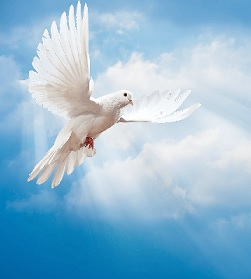 Please share a memory of Philip to include in a keepsake book for family and friends.
View Tribute Book
Philip Joseph Polof unexpectedly went home to Jesus on February 6, 2022 at age 87. Philip was born to Anthony and Tressa Polof on November 4, 1934 in Bridgeton, New Jersey. Philip was married to Ruth Ann Griffith Polof and would have celebrated their 43rd wedding anniversary in April. As a child, Philip excelled in sports, especially as a baseball player, and at an early age he was working in the bowling alley setting up pins. After high school, Philip enlisted in the Air Force in 1952 where he served in active duty and then in the reserves until 1960. After serving his time in the service, Philip worked for Owens Illinois in Bridgeton, New Jersey, before becoming a timber agent, which he loved because he was always outside walking in the woods. He remained a timber agent until his retirement. After retirement, Philip studied and received his diploma from the New Jersey District School of Ministry in 2018. In addition to being a dedicated and loving husband and father, Philip also loved volunteering at his church, All The Nations Assembly of God. He was actively involved in serving as President of the Men's Ministry, Security Team Leader, Prison Ministry Leader (where he was named Volunteer of the Year), Teacher of the New Membership Class, and teacher in the Hammonton Bible Institute, All The Nations division. Philip also was a team member of the Counseling and Missions Departments. Philip most enjoyable moments were greeting people at the front door every Sunday morning with a big hug and kiss and sharing love with everyone he came in contact with. Throughout his life, Philip held an unwavering faith in God, which he shared with those who surrounded him, ushering many into the kingdom through his love and concern. Upon accepting the Lord in his life in 1979, Philip ministered to the youth and adults through church youth groups, softball teams, Sunday School teaching, home bible studies, drama presentations, fundraising and nursing home ministry. Philip is predeceased by his parents, Tony and Tressa Mazza Polof; his sister, Pauline Polof, and his daughter, Vicky Polof. He is survived by his wife, Ruth Ann Polof; his sons, Joseph (Patricia) Polof of Pennsylvania, James Polof of Georgia, and Michael (D'Ann) Pilla of New Jersey. Philip has been blessed with eight wonderful grandchildren, Annette (Lou) Panelli, Mandy (Justin) Hankey, Kristie Weinberg, Jamie Morgan, Zachary (Jina) Polof, Emily Polof and Thomas Gordon, and twelve great grandchildren. Philip is also survived by many wonderful and special friends who are too many to mention, but he loved them all deeply. Family and friends will be received on Friday, February 11, 2022 from 7pm to 9pm and again on Saturday, February 12, 2022 from 11am to 12pm with funeral services at 12pm at All The Nations Assembly of God, 660 Landis Ave., Bridgeton, NJ. Burial will follow in Laurel Lawn Cemetery, Old Deerfield Pike, Bridgeton, NJ. Arrangements are by DeMarco-Luisi Funeral Home, 2755 S. Lincoln Ave., Vineland. Memories, thoughts and prayers may be extended to the family by visiting dlfuneral.com.
Friday
11
February

Share Your Memory of
Philip
Upload Your Memory View All Memories
Be the first to upload a memory!
Share A Memory
Plant a Tree