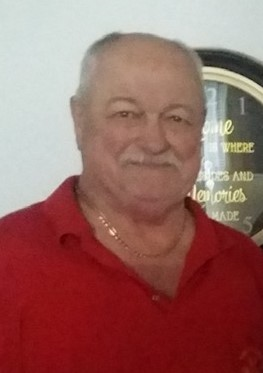 Please share a memory of Robert to include in a keepsake book for family and friends.
View Tribute Book

Robert S. Armstrong, 75, of Vineland, passed away on February 26, 2022 after a short illness.  He was born on October 2, 1946 in Vineland.  His parents were William R. Armstrong and Agnes (Gustafson) Armstrong.

He served in the United States Army from 1967 to 1969 with a tour in Vietnam.  Upon returning home, he attended Goldey-Beacom College and studied business and accounting.  He was a lifelong member of the Teamsters Union.

He was married to Gloria Taylor in 1969 and then to Connie Schroyer in 1987. Bobby was a member of the Recreation Club of Vineland, as well as the local Amerian Legion, Elks and Moose Lodges.

Bobby loved to cook for his friends at the Club and always with a quick laugh, could be found behind the bar waiting to serve.   He was an avid golfer who never turned down a round of golf.

He is preceded in death by his wife, Connie Armstrong; his mother, Agnes Armstrong and his brother, William (Willis the Doc) Armstrong.

Family and friends will be received on Saturday, March 5, 2022 from 1pm to 4pm, with funeral services at 3pm at the Recreation Club, 626 Washington Ave., Vineland.  Burial is private. Arrangements are by DeMarco-Luisi Funeral Home 2755 S. Lincoln Ave., Vineland.

Gathering of family and friends

Share Your Memory of
Robert
Upload Your Memory View All Memories
Be the first to upload a memory!
Share A Memory
Plant a Tree