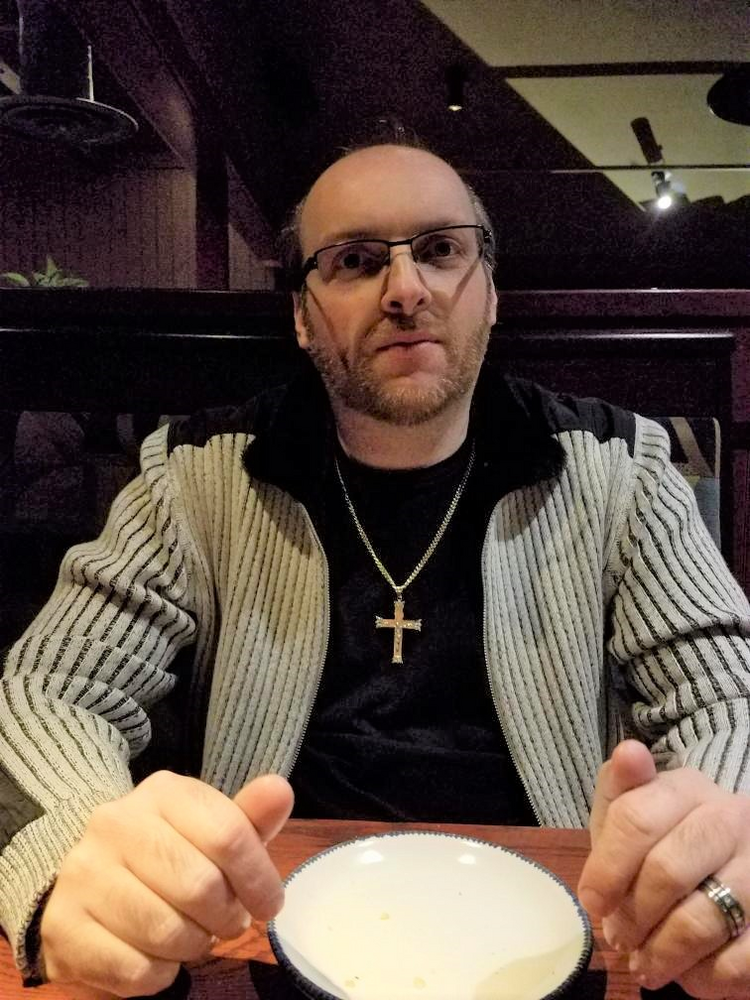 Please share a memory of Thomas to include in a keepsake book for family and friends.
View Tribute Book
Thomas King Cicchetto - On April 17th, 2022 our beloved Thomas King Cicchetto went home to be with the Lord. Thomas was born on May 16th, 1980 to Denise Lynn Andrews and Henry Thomas King in Whittier, CA. He passed away unexpectedly on Easter Sunday surrounded by his husband, mother, and loving family. Although he passed at the young age of 41, he lived a very fulfilled life and accomplished many lifelong goals. He married his sweetheart, Terry Cicchetto, on December 19th, 2020 and shortly after they purchased their first home together. Thomas was also the front-end manager at a local hotel in Millville, New Jersey, where he had worked for ten years. During this time, he made some of his closest friends who were very dear to him, among others. He adored his three dogs, Lilly, Raven, and Charlie, who adored him even more. Some of his favorite activities were shopping, dining out, and traveling. Thomas will be greatly missed by everyone who knew him. He is preceded in death by his grandfather, William Osbourne Andrews; and his sister, Jennifer Lynn King. The family takes great comfort in knowing that he is now resting peacefully in the arms of the Lord. Thomas leaves behind his husband, Terry Cicchetto; his mother, Denise Andrews; his grandmother, Colleen Andrews; his aunt, Debbie Forbes and her two daughters, Jessica Farnell and Britney Reguero;, and his aunt, Linda Tiller and her two daughters, Jamie Hernandez and Lindsay Rodriguez. We will always carry his memory in our hearts, and we will never forget his kind soul. Funeral services will be held privately. Arrangements have been entrusted to DeMarco-Luisi Funeral Home, 2755 S. Lincoln Ave., Vineland.

Share Your Memory of
Thomas
Upload Your Memory View All Memories
Be the first to upload a memory!
Share A Memory
Plant a Tree