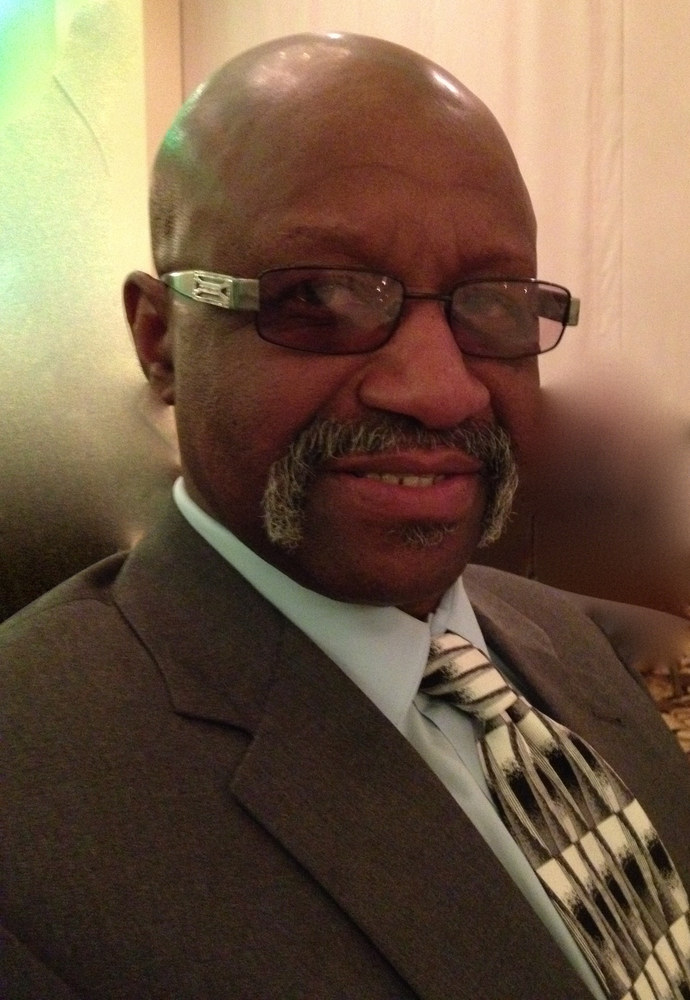 Please share a memory of Clem to include in a keepsake book for family and friends.
View Tribute Book
Clem Micheal Jones, was born Saturday, December 16, 1950 in Vineland, New Jersey to Clem Junius Jones and Mildred Holbrook. He was the third of seven children. He grew up in Vineland and became very active in sports at an early age. He was a Multi-sport athlete that excelled in Football, Basketball, Baseball, and Track. While attending Vineland Senior High School from 1966 until 1969, he was All-Sport and was inducted into the Vineland High School Athletics Hall of Fame in 2005 for Football, Basketball, and Track and Field. He held the Cumberland County Championship title for the 880yd, Long Jump, and Mile Relay until recently. He went on after High School on an Athletic Scholarship for track and field, to attend the University of Maryland Eastern Shore for Health and Physical Education, where he left his sophomore year after being drafted into the military, United States Air Force Branch, September 1972, where he earned his Associates Degree in Aircraft Maintenance and Technology at Chanute, Air Force Base in Rantoul, Illinois. He was stationed in Aberdeen, MD, then Dover Air Force Base, where he met and married, Alice Anderson, and moved on to Andersen Air Force Base, in Guam, in 1975, then Norton Air Force Base in California, in 1976, where their first child, Syreeta, was born in 1977, The next stop was Rhein Main Air Force Base, in Frankfurt, Germany in 1978, until being stationed at Andrews Air Force Base, Maryland in 1981, where Kira, their second child was born, followed by twins, Quincy and Quintin in 1982. This would be home until he retired August 2, 1996, as a Master Sergeant Aircraft Maintenance Technician. He also became a Deacon at Macedonia Baptist Church in S.E, Washington, DC, during his time in Maryland, and coached the Boys Youth Basketball team for Andrews Air Force Base. After retiring he moved back home to Vineland, NJ and his love for teaching the youth, had him start working as a Substitute Teacher with the Vineland Board of Education. In 1997, he attended Cumberland County College for Criminal Justice Corrections and became a NJ Department Corrections Officer at Southern State Correctional Facility. He retired from Corrections, January 1, 2020 and planned on traveling up and spending time with loved one until he became ill. He met Je'Nean Bennett in 1997, and the two married on October 25th, 2010. They have been married until his untimely passing, Friday, April 29th, 2022. He loved family, friends, God, music, especially jazz, good food, fashion, jewelry and just having a good time. He viewed things with the glass half full as opposed to half empty mentality and was always lending a hand to those in need. His presence will be deeply missed, however the impact he had on his family, friends, co-workers and community will be always remembered. He was preceded in death by; his father, Clem Junius Jones; and his daughter, Kira Kamara Jones. He leaves on to cherish many precious memories; his loving wife, Je'Nean H. Jones; his mother, Reverend Mildred Huff; his children, Syreeta Simone Jones, Quincy Lomar Jones, Sr, and Quintin Lawrence Jones; his stepchildren, Erin Bennett, and Daniel Bennett; his grandchildren, Timothy Daniel Jones, Zachary Micheal Jones, SyQuan Aaron Jones-Morina, Syira Alicea Jones-Morina, SyDonna Amari Jones-Morina, Jaida Williamson, Mia A. Jones, Quincy L. Jones, Jr, Julian Jones, and Juliana Jones; his siblings, Evelyn Jones, Barbara Mosley, Ruby Ransome, Raymond C Cullen, Jr ( Charmaine), Spring Hollis ( James), Charlene Steward (Michael);his uncles, Stanley Holbrook (Ella), Robert Jones ,Sr; his aunt, Dorothy Pettiway; his estranged ex-wife, Alice Anderson Jones; and a host of nieces, nephews, cousins, and friends. The loss of a loved one is never easy; however death is something we all must endure. It seems unfair, and it hurts, but know he is no longer in pain and gone home to rest and be well taken care of, because God knows what's best! Relatives and friends will be received on Friday, May 6, 2022 from 10:00am until 11:00am at DeMarco-Luisi Funeral Home, 2755 S. Lincoln Ave., Vineland. A funeral service will follow at 11:00am. Interment will be held privately. In lieu of flowers we are requesting donations be sent to the American Foundation for Suicide Prevention. The below link will direct you to the Clem M. Jones Memorial Page where you can donate. https://supporting.afsp.org/campaign/Clem-M-Jones-Memorial-Page
Friday
6
May

Share Your Memory of
Clem
Upload Your Memory View All Memories
Be the first to upload a memory!
Share A Memory
Plant a Tree