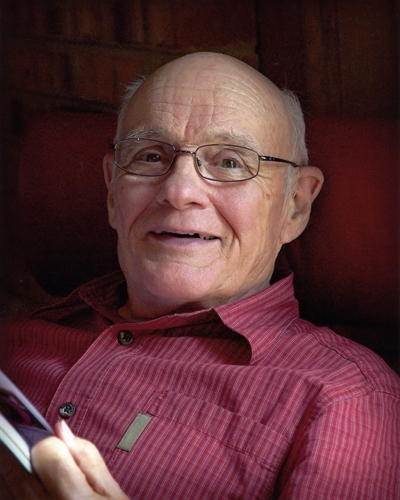 Please share a memory of David to include in a keepsake book for family and friends.
View Tribute Book

David G. “Dave” Ritchie III left this world for his heavenly home on June 12, 2022. He was 85 years of age. He will be remembered as a steadfast husband, father, grandfather, and friend.

Born in Dallas, TX, in October of 1936, David was the first born of David and Marzee Ritchie. He graduated from Bel Air High School, in Bel Air, MD. He attended and graduated from Washington Bible College in 1961. While there, he met Patsy Kramer. It was "love at first sight,” and they were married after their graduation in 1961. He became a dad to daughter Carla, born fall of 1962.

Shortly thereafter, Dave and Patsy embarked on a journey overseas and lived in Japan for 5 years. They had a son, Craig, in the spring of 1966 and the family returned to the US in 1969.

They eventually settled in South Jersey in the early seventies, first in Millville and then in Vineland. Dave was a co-owner with Patsy of ServiceMaster of Vineland. He was dedicated to his work. He put in long hours and set a high standard of service for his customers.

Dave had a lifelong love of steam trains and was once an avid photographer. He enjoyed music, especially singing. Throughout his adult life, he was part of a church community, most recently of Living Faith Alliance Church in Vineland. After retiring from ServiceMaster, he continued to work as church facilities manager at LFA into his early eighties.

In lieu of flowers, please consider a memorial contribution to Angelic Health

https://www.donations.angelic.health or to UMC Communities Pitman