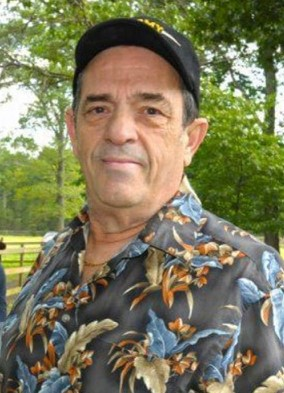 Obituary of Paul A. Berger

Please share a memory of Paul to include in a keepsake book for family and friends.
View Tribute Book

Paul was born in Bridgeport, CT to Alfred and Ruth Berger on March 13, 1947. He went to high school at Mountain Lakes and graduated in 1965. He went on to earn a degree in Liberal Arts from University of South Carolina. He worked as a Government Civilian for Defense Security Services (DSS) as an investigator for 15 years. Prior to that he was a proud Criminal Investigation Division (CID) Agent in the Army where he served 20 years before retiring at the rank of Chief Warrant Officer 4. He enjoyed spending with family, especially his grandchildren. He loved the beach and enjoyed spending time at the American Legion Post 232 in Barnegat NJ, Vineland Recreation Club, and the Moose Lodge in Millville NJ with veteran friends.

Paul is survived by his wife, Diane Warren of Vineland NJ. He is also survived by his sons, Dirk and Steven Berger; brothers Bill and David Berger; grandchildren, Kamryn Koch, Blake, and Ava Berger. He is preceded in death by his parents, Alfred and Ruth Berger.

Memorial donations may be made to The Fisher House Foundation, https://www.fisherhouse.org

The family would like to thank everyone for their heartfelt condolences, well wishes and prayers during this difficult time.

Share Your Memory of
Paul
Upload Your Memory View All Memories
Be the first to upload a memory!
Share A Memory
Plant a Tree