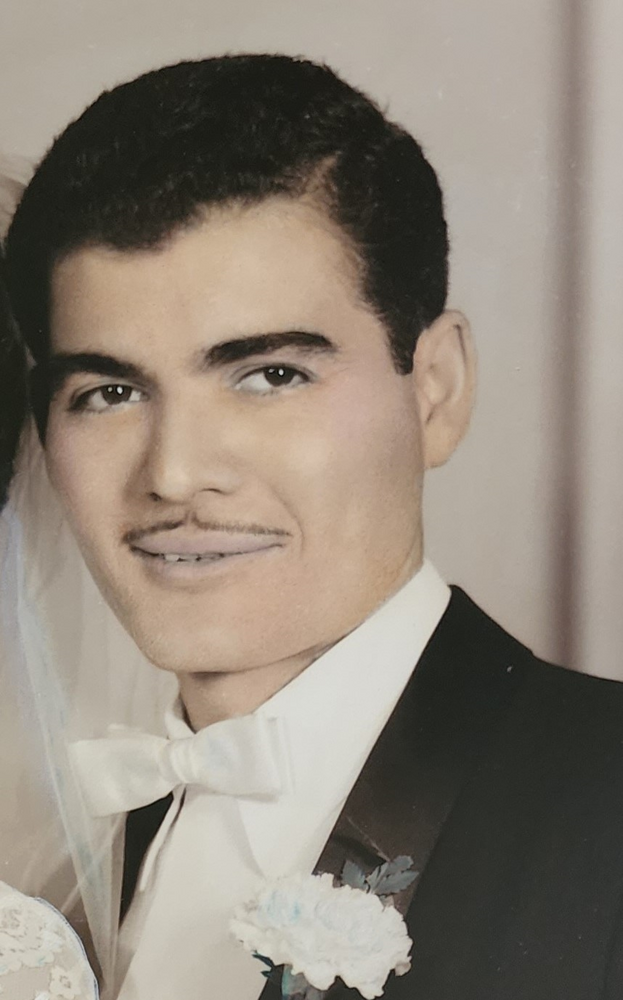 Please share a memory of Herminio to include in a keepsake book for family and friends.
View Tribute Book

Herminio Hernandez passed away peacefully at the age of 84 to his heavenly home on July 4th, 2022.

He was a beloved Husband, Father, Grandfather and Great-grandfather.

Herminio was born on January 13, 1938 in San German, Puerto Rico and later moved to Milwaukee where he fell in love with his beautiful wife Carmen Martinez. After getting married in Milwaukee and having their 3 children, they decided to move back to his home island of P.R. where they lived for 10 years. Thereafter they decided to reside in Vineland, N.J.

His most precious thing in life was his family. He loved music, dancing and gardening. He loved speaking the word of God and went faithfully to church until he became ill. At that time, he would watch mass on TV every Sunday.

Herminio is survived by his two sons, Edwin and Ervin Hernandez and his predeceased daughter, Claribel Hernandez. He also has two daughter in-laws, Janine and Tiffany Hernandez; his granddaughter, Gabrielle L. Cruz and fiancé, Frandiz Ocasio and his grandson's, Caleb, Evan and Julian. He has 4 great grandkids, Anthony, Rosie, Noah and Aiden with a little angel on her way. Herminio also has two brothers and a sister and leaves behind a bunch of nieces and nephews.

Family and friends will be received on Friday, July 8, 2022 from 10am to 12pm, followed by funeral services at 12pm at DeMarco-Luisi Funeral Home, 2755 S. Lincoln Ave., Vineland. Burial will follow in Sacred Heart Cemetery, Vineland.

Share Your Memory of
Herminio
Upload Your Memory View All Memories
Be the first to upload a memory!
Share A Memory
Plant a Tree