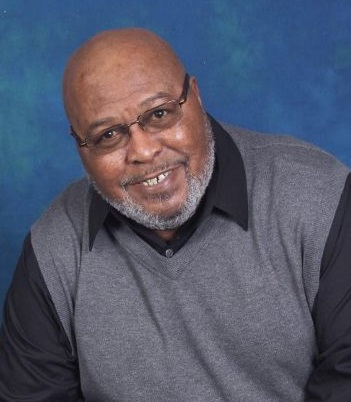 Obituary of Roger A. Collins

Please share a memory of Roger to include in a keepsake book for family and friends.
View Tribute Book
Roger (Bubby) Alan Collins transitioned on July 19, 2022, after demonstrating valiant grace and resiliency through an extended illness. Roger was the consummate jokester, who could find humor in most any situation. Family and friends will certainly miss his keen intellect and sense of humor. He was born on August 25, 1946, in Philadelphia, PA, the third child of the late Henry Alfred Collins, Sr. and Ruth Johnson Collins. In 1952 the family moved to Mizpah, New Jersey, where they raised three sons and one daughter: Henry Alfred Jr., Phillip Richard, Roger Alan, and Patricia Jinene, all siblings preceded Roger in death. Although Roger declared himself a "Philly Boy" he was educated in the Hamilton Township Schools, graduating from Oakcrest High School, where he was outstanding in track and field sports. After graduation Roger served eight years active duty in the U.S. Air Force and two years in the reserves, attaining the rank of Master Sergeant. He served in country during the Vietnam conflict and was also stationed at Shaw AFB, South Carolina, Loring AFB Maine and Joint Base McGuire-Dix, Lakehurst, New Jersey. Roger was employed at Shulton Industries in New Jersey from 1974-1992 as a production manager. He relocated to Sumter, South Carolina in 1992 where he was also a production manager employed by the Gold Kist franchise from 1992 to 2003. Roger ended his working career in 2007, retiring from the US Postal Service. He leaves to rejoice in his having lived and loved: his devoted wife, Maggie Nelson Collins, of Vineland, NJ; son, Craig Alan Collins, of Los Angeles, CA; daughter Cicely Collins-Davis and son-in-law Marcus Davis of LaPlata, MD; sister Staci Rodriguez of Pleasantville, NJ; two granddaughters, Jazmine Collins and Janovia Collins; three great-grands; one aunt, Marion Dow, of College Park, GA; one uncle, Sterling Johnson (Anita) of Ashburn, VA; special cousins Dennis Carson (James), Dorothy Carson, Eva Dixon, Margo Lee, and Gloria Logan. A host of nieces, nephews and cousins who held special places in his life. A Celebration of Life will be held at 11:00 a.m. Thursday, July 28, 2022, at DeMarco-Luisi Funeral Home, 2755 S. Lincoln Avenue, Vineland, NJ. Services are restricted to fully vaccinated attendees and masks are required. Burial Services will be held at 11:00 a.m. Friday, July 29, 2022, at the Atlantic County Veterans Cemetery, 109 Blvd Route 50, Mays Landing, New Jersey. In lieu of flowers, the family asks that memorial donations be made to the Veterans Memorial Home, Attn: Life Enrichment Program, 524 NW Boulevard, Vineland, NJ 08360.
Thursday
28
July

Share Your Memory of
Roger
Upload Your Memory View All Memories
Be the first to upload a memory!
Share A Memory
Plant a Tree