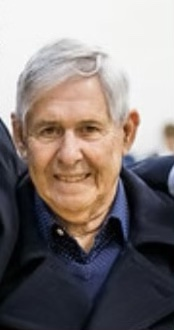 Please share a memory of Jorge to include in a keepsake book for family and friends.
View Tribute Book
Jorge Omar Rodriguez, 79, of Vineland, New Jersey and Maldonado, Uruguay passed away on Sunday, August 28, 2022 after a long illness. Jorge was born in Maldonado, Uruguay and moved to the United States in the late 1970's. He owned a variety of businesses in both his native Uruguay and in the U.S. including local restaurants, The Paper Waiter, Classic Bistro and Heritage House Banquet Hall. In addition to work his passion was Soccer. He was a member of Club Deportivo in Uruguay and coached many local youth teams in the Cumberland County area in his younger years. Jorge is survived by his wife, Edith; his children, Andrea (Arnold), Cristina, Monica (Keith), and Howard; his grandchildren, Gabriel, Mateo, Logan, and Lucas; as well as close family friends, Juan and Patricia Perez. In Uruguay he is survived by a sister Elizabeth along with five nephews and nieces. Funeral arrangements will be private. Arrangements are by DeMarco-Luisi Funeral Home 2755 S. Lincoln Ave., Vineland.

Share Your Memory of
Jorge
Upload Your Memory View All Memories
Be the first to upload a memory!
Share A Memory
Plant a Tree