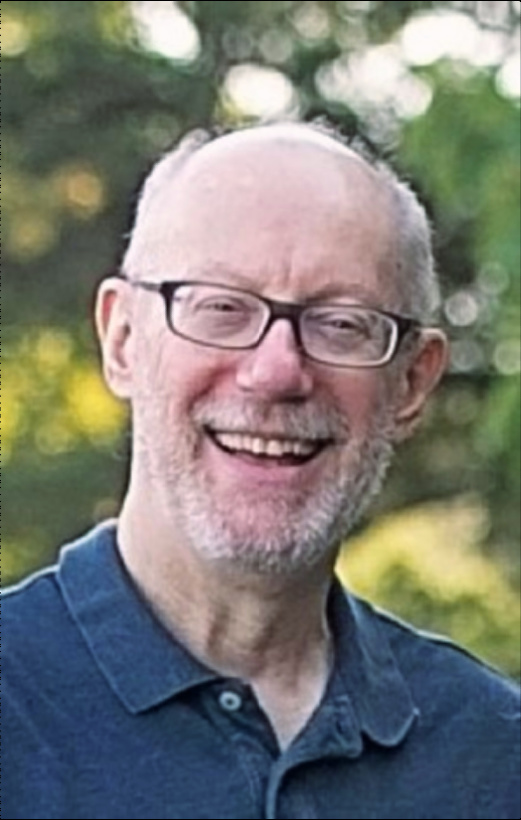 Please share a memory of Edward to include in a keepsake book for family and friends.
View Tribute Book
Edward Richard Ross, Jr., aged 67, passed into the arms of his Lord and Savior, Jesus Christ, in the early morning hours of Monday, September 19, 2022, after a valiant battle with prostate cancer. Ed was born in Bridgeton, NJ on June 25, 1955, to Edward and Irene (Tayvinsky) Ross. He lived in varied states and cities in his early years due to his father's itinerant job as a tax assessor before returning to Cumberland County in 1962. He attended Dane Barse Elementary School, Landis Junior High School, and Vineland High School until his senior year. Due to another family move, he graduated from Ocean City High School in 1973, then Cumberland County College with a police science degree in 1975. After some years as cook and chef in a number of restaurants he settled into his long-time career as a bookseller, managing Bridgeton Christian Ministries, though he was most recognized as longtime manager of Booksmith in Cumberland Mall for a total of 20 years. His passion for literacy awareness and putting the right book in the right hand underscored his creative retail events and successful bookfairs in schools throughout the county. When Booksmith closed, Ed eventually took a position at Barnes & Noble at Rowan University before taking early retirement. Post retirement, Mr. Ed—as he'd become affectionately known—worked hospitality at Vineland's Chick-fil-a where his customer service powers rose to new heights as the jovial "old guy" in the dining room. His care for every soul who walked through the doors made him memorable—someone looked for when regulars visited. Ed was also active in Christian ministry over 40 years in a variety of churches across multiple counties in South Jersey. He created his storytelling personae—a crusty old west prospector "digging for gold in God's Word." Multiple generations of youngsters in Christian schools and churches fondly remember his chapel services, family nights, and rallies as they learned to love God's Word through his ministry. After marriage to his beloved Kathryn, the story programs expanded to Clementine and Wanda characters transporting Bible stories and biblical principles into Wild West settings. Along with wife and ministry partner Kathryn, he assisted in their many Pageant Wagon Productions LLC events including summer theatre shows and church dramas. In addition, Ed served on the Board of Directors for the Friends of Historic Vineland, sponsors of Founder's Day in Vineland where he portrayed Newcomb Hospital financier Leverett Newcomb and Dr. Thomas Welch, the inventor of Welch's Grape Juice. He is predeceased by both his parents and survived by his sister Amber Ross; uncle Ric and aunt Cathie Ross; four children from previous marriages, Jennifer Ross (grandchildren Michael Gentile, Illuminata Gentile, Gabriel Gentile, and Francesca Gentile, Nathaniel Ross, Amanda and husband Ray D'Antonio, and Tallie Ross, plus many cousins. With wife Kathryn, he was the most beloved stepfather to Andrew Finn and wife Andrea (grandchildren Mackenzie and Luke) and Bethany with husband Daniel Mathie (grandson Griffin). A Celebration of Life will take place on Thursday, September 22, 2022, at Chestnut Assembly of God Church, 2554 E. Chestnut Avenue, Vineland, NJ. Friends and family will be received from 9:00am to 11:00am. The service will begin at 11:00am. Luncheon following. Interment at Siloam Cemetery will be privately held at a later date. In lieu of flowers, donations to help alleviate medical debt incurred throughout Ed's cancer battle are much appreciated. Send to Kathryn Ross, c/o Demarco-Luisi Funeral Home, 2755 South Lincoln Avenue, Vineland, NJ 08361. Arrangements are by DeMarco-Luisi Funeral Home 2755 S. Lincoln Ave., Vineland.
Thursday
22
September

Share Your Memory of
Edward
Upload Your Memory View All Memories
Be the first to upload a memory!
Share A Memory
Plant a Tree