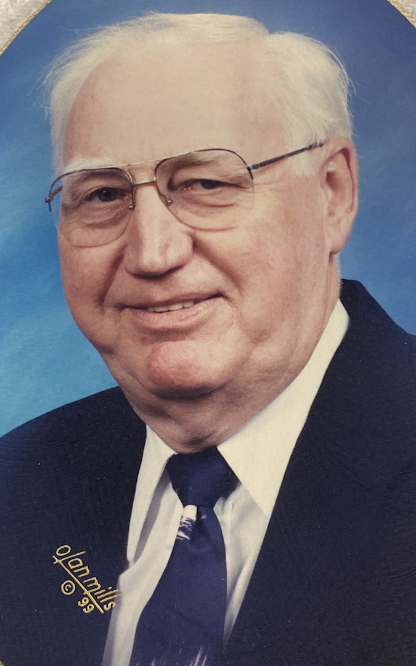 Obituary of Charles A. Curcio

Please share a memory of Charles to include in a keepsake book for family and friends.
View Tribute Book
Charles A. Curcio, 85, of Millville, NJ, passed away on October 17, 2022, peacefully at his home. Charlie was born in Yonkers, New York to Anthony V. and Carolyn (Kamp) Curcio on March 20, 1937. He attended Vineland High School and graduated in 1955. Charlie served in the New Jersey National Guard for ten years following high school. He worked as a manager for Caterina Hardware. Later, he started Vineland Maytag which became Vineland Appliance, and he continued to work in the appliance business for over 20 years. Later in life, he was employed by Sheppard Bus driving long distance tour buses. Charlie was an avid reader, a dedicated walker and a devoted Eagles fan. For many years, he and his wife enjoyed traveling the world. He is survived by his three sons, Richard (Gail) Curcio, Ronald (Donna) Curcio and Christopher (Patricia) Curcio; three stepchildren, William (Deanne) Cherwien, Douglas (Stacey) Cherwien and Susan (Bret) Cherwien; a brother, Vincent (Barbara) Curcio; thirteen grandchildren, two great-grandchildren; nieces and nephews. He is preceded in death by his wife, Joan (Kuecker) Curcio and his parents, Anthony V. and Carolyn (Kamp) Curcio. A visitation will be held at DeMarco-Luisi Funeral Home on Saturday, October 22, 2022, from 4p to 6pm concluding with a memorial service honoring his life. A private family burial will be held at a later date. Memorial donations may be made to a charity of your choice. The family wishes to extend their gratitude to Tamika for the care and support she gave to both Charlie and Joan.
Saturday
22
October

Share Your Memory of
Charles
Upload Your Memory View All Memories
Be the first to upload a memory!
Share A Memory
Plant a Tree