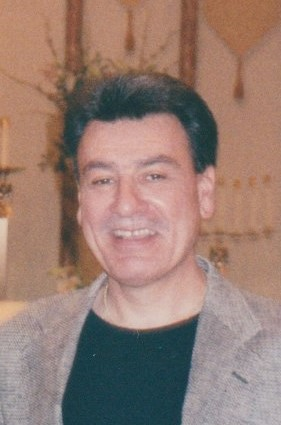 Please share a memory of Francis to include in a keepsake book for family and friends.
View Tribute Book
Francis Michael 'Frank' Curtis, 69, of Vineland, New Jersey, passed away on October 20th, 2022 at home following a courageous battle with cancer. Frank was born in Vineland to Peter and Mary Curtis on March 8, 1953. He joined his father in the electrical business and was the owner of Curtis Electrical Contractors for many years. He loved to cook, travel, and above all, he loved his family. Frank is survived by his wife, Melissa; sons, Chris (Stephanie), Brad (Stephanie) and Kevin; daughter, Brianna and grandchildren, Aria, Jack, Caden and Ethan. He is also survived by his sister, Annette Caregnato (Bob) and brother, Pete; nieces, Kim Gagliardi (Lenny), Michelle Woodworth (Jeremy) and Cindy Doumenis; nephews, Bob Caregnato (Chris, Keith Curtis (Kim), Brian Curtis (Cheryl), Gene Michael and Edward Curtis. He is predeceased by his parents, Peter and Mary; brother, Gene sister in law, Rosemary and sister, Marylin Philips. Family and friends will be received on Monday, October 24, 2022 from 2pm to 4pm with funeral services at 4pm at DeMarco-Luisi Funeral Home 2755 S. Lincoln Ave., Vineland. Burial will be private. Memorial donations may be made to SPCA in Vineland, NJ. Memories, thoughts and prayers may be extended to the family by visiting dlfuneral.com.
Monday
24
October

Share Your Memory of
Francis
Upload Your Memory View All Memories
Be the first to upload a memory!
Share A Memory
Plant a Tree