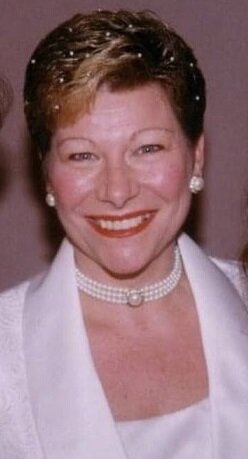 Please share a memory of Brenda to include in a keepsake book for family and friends.
View Tribute Book
Brenda Mae Brittner, 72, of Vineland, New Jersey, passed away on Monday, December 26, 2022. She was born to parents Kenneth Hetrick and Sarah Burger, on January 21, 1950, in Reynoldsville, Pennsylvania. Brenda worked as a General Manager for 10 years at Tenneco Packaging in Vineland, as well as Rite Aid in Vineland, where she retired into the life of enjoying time with her husband, Jack and being the best Grammy to her grandchildren as she watched them grow into young adults. Brenda enjoyed her children, grandchildren, the Philadelphia Eagles, arts & crafts, cooking, and of course her dog, Blu. She is preceded in death by her husband, Jack Brittner; daughter, Kimberly Robison; sister, Patricia Matelan; brother, Ronald Hetrick; aunt, Nina Pizzo; and son-in-law, Matthew Robison Sr. Brenda is survived by her daughter, Tracy Coraluzzo; grandsons, Matthew Robison Jr. and Brandon Coraluzzo; granddaughters, Karly Robison and Jenna Coraluzzo; brother, Kenneth Hetrick; sister, Cindy Hetrick; brother-in-law, Martin Matelan; stepmother, Karen Hetrick; as well as many other nieces and nephews. Friends and family will be received on Thursday, December 29th, 2022, from 4:00pm to 6:00pm followed by a memorial service at 6:00pm at DeMarco – Luisi Funeral Home, 2755 S Lincoln Ave, Vineland, New Jersey 08361. In lieu of flowers, donations can be made to: American Cancer Society- Breast Cancer Donation.
Thursday
29
December