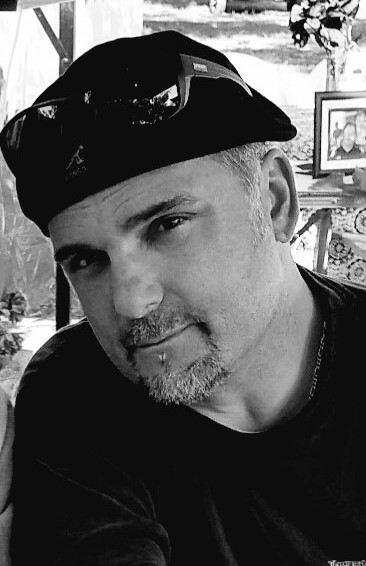 Please share a memory of Keith to include in a keepsake book for family and friends.
View Tribute Book
Keith M. Lauermann Sr. of Rosenhayn, New Jersey, passed away on January 3, 2022 at 7:26pm. Keith was a passionate man who had a deep appreciation for his Italian heritage. He enjoyed cooking, polishing his lawn, growing his own basil, and the Green Bay Packers. He loved spending time in Ocean City, NJ and hanging at the shore. When he wasn't at the shore, he enjoyed spending time in his garage tinkering with the 67 Chevelle. Keith was unwavering when it came to helping those around him. He was known for patiently teaching others when they needed help so they could learn from him. Keith was known for putting others first and would drop whatever he was doing to help someone in need. At work his crew always asked him if his real name was "Jimmy Hoffa" because he was a big union guy who was adamant about getting the job done. The joke stuck and Keith's permanent work nickname ultimately became "Hoffa". Keith's work buddies became some of his closest friends. Keith considered guys like John Liccketto, Angelo Borgesi, Frank Borgesi, Al Gaudioso, Dave Duncan, Steve Kain, Phil Brown, Mark DeJesse, Mike Desimone, Terrance Mitchell, Dave Longa, Benny DiDino, Joe Maroccia, John Florich, Charales Leonardo, Bill Nelson, John Nelson and Mike Budden, as family. Keith was a devoted family man dedicated to spending time with his siblings, nieces and nephews, uncles, aunts, and his friends. Above all, Keith relished in spending as much time as he could with his son. Some of their favorite past times were restoring Uncle Frank's boat, taking the Chevelle to find new pizza shops to try, and going to 76ers games. When they weren't eating pizza or at basketball games, they enjoyed spending as much time as they could at the beach catching rays and proudly flying their Italian flag. Keith was a doting father to his son, Keith Lauermann Jr. Keith is survived by his siblings, Lori Banks (Jim), Anson Lauermann Sr. (Sherry), Lisa Schaper (Frank), Jeannie Elbertson (Bill) and Walter A. Lauermann Jr. (Mary); mother of his son, Deana Procopio; his girlfriend, Carol and her children Geno, Dominic, Nicolette and Angelo. Keith was predeceased by his mother, Margaret M. "Peggy" Lauermann. Family and friends will be received on Sunday, January 9, 2022 at DeMarco-Luisi Funeral Home 2755 S. Lincoln Ave., Vineland from 1:00 to 3:00pm followed by a funeral service at 3:00pm. Burial will be private. A celebration of life event will be held at a later date.
Sunday
9
January

Share Your Memory of
Keith
Upload Your Memory View All Memories
Be the first to upload a memory!
Share A Memory
Plant a Tree